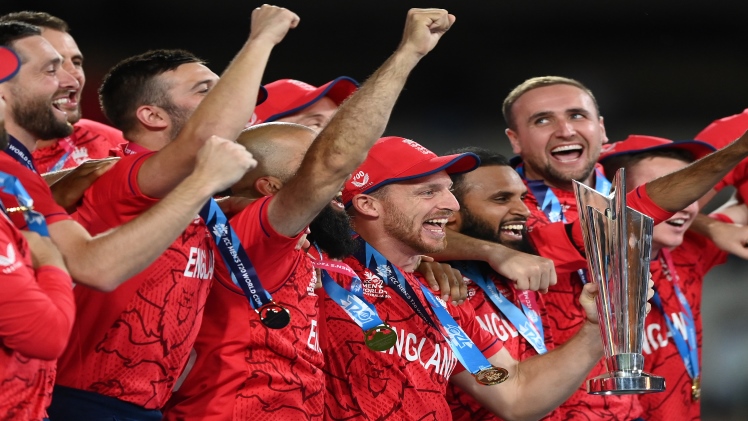 The four semi-finalists of this edition of the World Cup were England, New Zealand, India, and Pakistan. All four teams had their own share of ups and downs when it came to reaching the stage. England was beaten by Ireland; India did have their struggles against South Africa, and the run was helpful to them against Bangladesh. Even in the match against Pakistan, they had to manage to scrape through by just a whisker. It would be fair to say that New Zealand is the only team that had a consistent run, but they did go on to falter towards the tail end of the tournament.

The T-20 match highlights showcase the fact Pakistan had to thank South Africa to make it big in the edition of the tournament. After the first couple of games, it seemed everything was lost for them, but fate always had better things in store for them. But still, there are some good players who have done a great job in this edition of the tournament; let us understand them in depth.

If you ask the bowlers who is the most dreaded player they would like to avoid when it comes to bowls then it has to be Surya Kumar Yadav. He is currently the only player to touch the magical figure of 1000 runs in this year related to the T- 20 format. The best part about his batting is that he has gone on to score runs at a brisk pace too. When it comes to the strike rate in this edition of the World Cup, he has been in the region of 170 to 180. though in some of the innings he has touched upon a 200-strike rate.

During the course of the tournament, he went on to score 225 runs, and one of his notable innings was the 68 runs that he scored against South Africa on a juicy pitch in Perth. This was a strong bowling attack, and in one of the games against Zimbabwe, he went on to dismantle the opposition with his strokes. He is solid on the leg side, and some of the shorts that he went on to play were simply outstanding. But in no way does it mean he cannot play in shorts on the off-side, and he will trouble you if you are bowling there.

Is one of the players to make it to the list and one of the outstanding batters in modern times. His fitness and work ethic are among the best in the world of cricket. Though he was encountering a lean patch, he was able to overcome it and is now in full flow in the modern era. One of the breath-taking innings that he went on to play was for 82 runs against Pakistan, and he did face the ball well.

Another interesting feature is that he has gone on to compliment Surya by adopting a cautious approach. He was able to find the gaps and time the ball with a degree of precision. At the same time, he was able to clear the ropes easily, and people were impressed by the lofted shorts on the ground. The performance was outstanding on all counts.

He is one of the most notable youngsters in the tournament and has done all the talking. You have to be aware of the fact that he did not play the first couple of games for New Zealand, which makes the performance all the more commendable. Against Sri Lanka, he went on to score a century, and against England, he dished out a half-century. His form on the leg side is immaculate, and he has smashed the ball over the long-on boundary and the midwicket boundaries.

The only place where he struggled was on the slow surfaces of Sydney Cricket Ground, and in the middle overs, he had a difficult time. But still, he has gone on to do a great job and is one of the best players in the shortest format of the game.

Very few players were expected to leave behind a considerable impression in this edition of the World Cup, and Sam Curran did go on to do a great job. All the more taking into consideration that is an all-rounder in the team there were limited opportunities for him. Where Sam Curran scored over the others was the ability to step in when the situation demanded. His figures of 5 wickets for 10 runs are one of the best bowling figures against Afghanistan. The speed and length that he went on to mix up well are the epitome of the best quality.

With his slower deliveries, he bowled well, and it was really difficult for the batsman to clear on the big Australian grounds. In all the matches, he has gone on to bowl wide yorkers and has not gone for a lot of runs. Even in the semi-final match against India, he went on to dish out one of his best performances to date.

Our list would be incomplete without mentioning the man from Pakistan. A wily leg spinner, he went on to do a great job with the bat as well in the present edition of the World Cup. Though he was a regular player for Pakistan cricket in the last few years, only his performances have grabbed all the attention for the right reasons. During the course of the tournament, he has not gone for a lot of runs in any of the games. He was rated as a partnership breaker in most of the games and has not gone on to bowl well in any of the games.

Even in the finals of the tournament, he played a great role with the ball that helped the team to remain competitive during the course of the game.

Know all about cricket news and updates at CBTF news.

Get the fastest cricket news update at https://cbtfspeednews.com/.

Know all about cricket betting and updates at CBTF betting.

Get the updated expert betting tips at https://cricketbettingtipsfree.com/

Checkout our videos to get the latest updates about cricket and betting tips, and casino

tips to win big with expert opinions at https://www.cbtfmytube.com/.