A quarrel is stressful. And you’ve probably noticed that everyone’s reaction to stress is very individual: some begin to cry, some burst into loud laughter, and some become silent and can remain silent for days or even weeks. This is how our psyche and its defensive reactions to stress work. At first, dealing with such situations seems challenging, but in fact, it can be as simple as creating a 22Bet login. Let’s break down the origin of these defense mechanisms and how they are activated and work within us.

In psychology, there is one trend called transactional analysis. The founder of this field, Eric Berne, argued that by the age of six, one can see the fully formed internal architecture of all the defensive reactions by which one will live one’s entire life. What does this mean? It means that by the age of six, a person is fully trained in this or that defensive response to stress and will unconsciously reproduce it time and time again at any age.

Where It Comes From

The first option is that a child sees their parents’ behavior and they learn the reactions that they reproduce. For example, let’s say a child gets wild and breaks mom’s favorite vase. Mom was upset about the vase because it was dear to her (she was stressed), and she reacted to this action by getting angry with the child. But she doesn’t know how to show her anger legally in a moment of stress (because she has a ban on anger, because her mom and dad once told her all her childhood that girls should not be angry and should be comfortable for everyone), so, getting angry, she was silent. That was her punishment for the broken vase. It’s a natural reaction of a mother that she uses in all situations when she is angry. First, because she herself is hostage to this built-in mechanism. The child, in turn, needs only three to five times of such visual demonstration and this pattern (repeating pattern) of behavior will be appropriated as absolutely normal when showing anger in a moment of stress. What awaits the child when he becomes an adult? He will react to feelings of anger identically to his mother’s reaction. For example, a man is unhappy with his spouse’s behavior and is angry at her. His anger will be manifested by his silence and anger. This situation will “dissolve” only when he internally digests all the feelings he has come in contact with from his wife’s behavior. Is it worth specifying that it often happens that the wife isn’t even aware of why her husband suddenly became silent. And this is just an unconscious reaction of the husband from his childhood feelings of anger.

Here’s another situation: the daughter repeatedly saw her father yelling at her mother. She didn’t know how to defend herself and always cried out of desperation. What will this girl take with her into adulthood? First, that the world is not safe and there will always be someone who will interact with you aggressively; second, that humiliation by a man is normal (and you may not be surprised that her husband will probably also yell at her); third, that if you are yelled at, you should start crying. We are our parents’ children. And they are our biggest reference point for interacting with life. As a result, a girl will take her tears with her during arguments if she is in a weak position. But since her repressed aggression will also need an outlet, she will also take with her the yelling at someone weaker than her, such as children.

The second version of how protective reactions are formed within us is our personal inner reactions to the events that happened to us as children. For example: the girl is the first child. She lives in a wonderful world, where everything that happens is only for her. And then a second child is born into the family. The fairy tale is over for her. Suddenly, in an instant, she is an adult in her four years. Her loving mother now gives the lion’s share of attention to the newborn, and she feels like a discarded kitten. First, she will try to get attention with good behavior, then bad behavior. If no satisfactory response comes from her mother, the girl will make the unconscious decision that she doesn’t want to feel anything anymore. And it is as if she closes the tap of emotion inside her. What will this look like in adulthood? This will be a woman who will avoid all feelings (both positively colored and negative). In moments of conflict with any person, she will shut up and distance herself from the person as far as possible.

To summarize the above examples: a person in a calm state can control his reactions. And in his normal life appear open and able to discuss his inner states. But as soon as he feels stressed, his reactions will no longer be under his own control. From the moment the body is stressed, it’s no longer possible to “keep a face” and control reactions.

How Can You Change Your Inner Reaction to Stress?

To consciously begin to change your habitual behavioral reactions within yourself, you must first see them within yourself. Most of the time, most people don’t even think about changing anything.

But there are some events that cause us to reconsider what is going on in our lives: 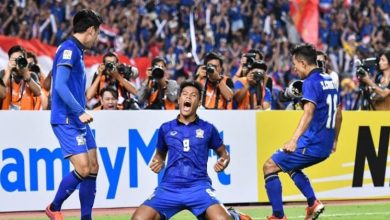 How can you know about Thai Football Betting 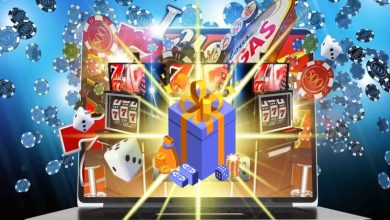 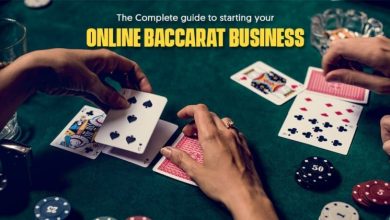